Harden Murrumburrah Regional Development Corporation is committed to support the delivery of projects/events with the twin towns that contribute to our broader community and economy.

The HRDC Community Sponsorship Program offers grants of up to $1,500.00 to local Sporting Clubs, Not-for-Profit Organisations and Charities within Harden Murrumburrah. Applicants must meet the eligibility criteria and be operating within the twin towns of Harden Murrumburrah; and provide programmes or activities that benefit residents, and improve overall community well-being.

HRDC offers a grant writing service to local businesses and community groups. We know that grant applications can be quite complex and take away from your core business. So give us a call to assist you in this process.

Hilltops Collective is a new social media project for HRDC.  Hilltops Collective showcases local businesses and artisans from the region in a collaborative function to drive spending and regional export.   Each day, products are featured to the followers with weekly prizes and giveaways.

It is planned that this platform will eventually transition into further brands and offer further marketing opportunities for the region. 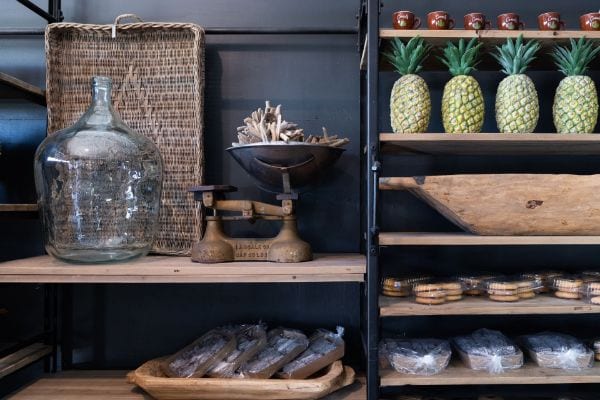 HRDC offers a co-working space located at its offices in Harden for local businesses and residents.

The benefits of co-working paces have been well documented, and ours is no different.  The space offers very low start-up costs for businesses, flexibility of work arrangements, a central location, networking opportunities and business assistance. 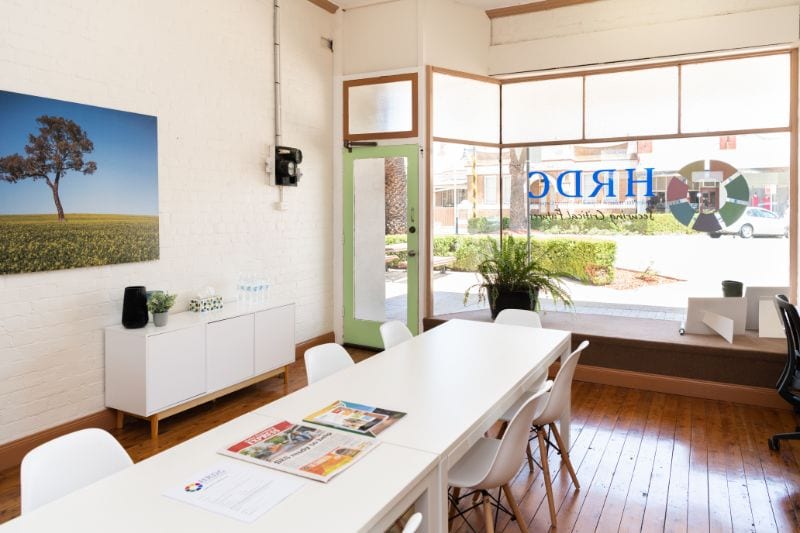 The land for the Mill was purchased in 1858 by Miles Murphy and the flour mill completed in 1865. In 1868 Thomas Allsopp purchased the mill and introduced many new concepts into the production of milling. The famous “Allsopps Silver Spray Flour” won many awards including 25 country society recognised awards. In 1919, a major fire occurred on site, and from 1919-1922 the flour mill complex was rebuilt, including the building of the concrete twin silos within the complex.

The new system included the train carriage of raw product to the site, off the Sydney-Melbourne Train line system directly to the twin silos for storage. An electrical auger system was implemented to carry the product up into the twin silos, all quite “revolutionary” at the time. In 1991 the silos were mothballed, and storage was discontinued. This project will record in a mural the history of the structure which has been such a prominent landmark in the community for more than 150 years.

In the 2020/21 year, HRDC embarked on one of the largest and most significant projects within the twin towns, the painting of the Murrumburrah Silos. Renowned Melbourne Street artist Heesco joined us for a period of six weeks to carry out the project.

The mural displays images of wheat farming and the significance the Mills have had on the region. Since the first stroke of paint tourism has increased by over twenty (20%) percent within the twin towns, returning substantial economic benefits to the local retail and hospitality businesses. 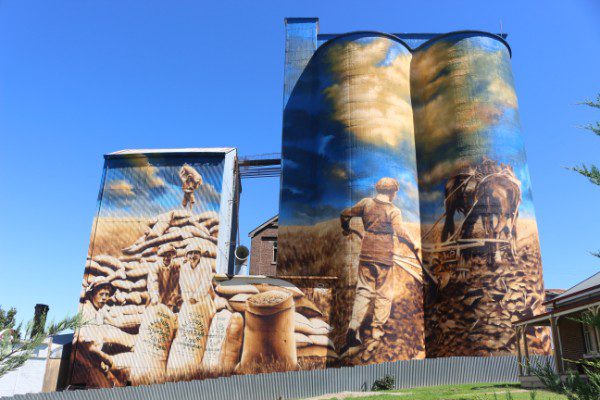 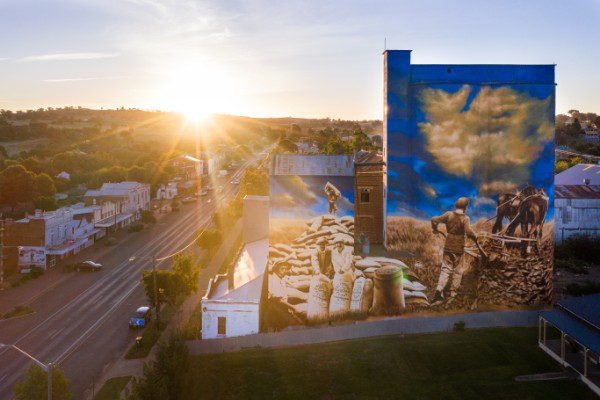 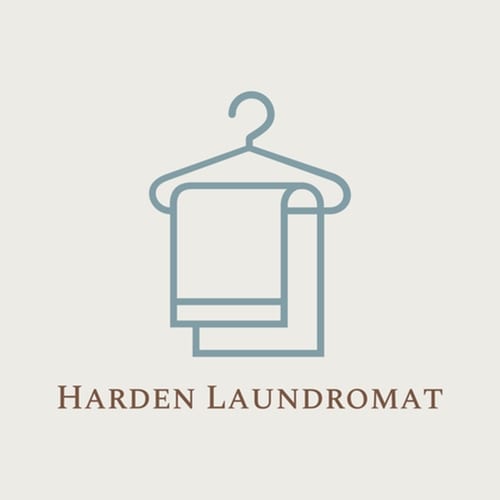 Harden Laundromat has been open since early 2021. An initiative of HRDC all profits go towards supporting our Community Sponsorship Program.

The laundromat is open 24/7 and is under high definition security surveillance.

41 Neill Street (right next to IGA)